Technically spring begins in mid-March. This year, however, it began in April. It feels like a switch has been flipped, after such a long, cold winter, its nice to see the campus full of all the people who have been in hibernation all winter outside.

In celebration of the nice weather I've started my pre-plan plan, an easy ramp up to get myself used to running again and ready to begin my real plan in a few months. Currently, I've been working on running about 30 minutes 3-4 times a week.  I've also been incorporating some weight training with a women's weightlifting class that my campus offers twice a week.

While I feel like I'm on track with exercising, I still need to work on my diet, which is too much that of a typical college student. For example, I have had pop-tarts and 2 coffees so far today, and will eat hamburgers later at a dinner with friends - not exactly balanced meals.Though I need to work on this, I'm optimistic that with a little effort and planning, I can get my diet to where it needs to be to fuel my training.

All this warm weather has been putting me in such a good mood - feeling awesome!

277 Days Away from the Marathon Weekend!
Posted by Why be ordinary? at 2:11 PM No comments:

When I discovered that this race existed, it immediately became a bucket-list accomplishment, and it looks like this year, I will be able to make it happen. I'll be using this blog to track my progress and keep myself accountable.

The longest race I have run to date is only a 5K, so over the course of this year, I'll be building up to running (and walking) more than 42K. Here we go.....

On Friday night, I attended the concert that Train held in Raleigh. I wanted to make something special for the concert and my friends and I had recently tried a cool crayon-melting technique. I decided to make a version specifically to honor one of my favorite bands.

This is the finished Product, let me know if you like it! 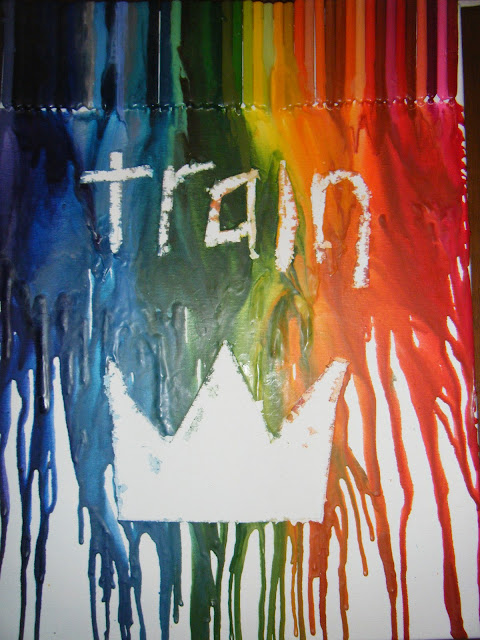 The materials used for this were:

1.  Canvas (mine was a cheapish version that I got on sale at Michael's Craft Store)
2.  Hot glue gun (it's the most effective adhesive for the crayons)
3. Extra hot glue sticks**
4. Masking Tape
5.  Hairdryer
6. small (pocket/exacto) knife
7. CRAYONS ( I used one 64 pack) 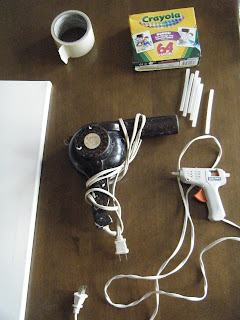 First, get out your crayons, and begin to assemble them in rough groups by color. This makes lining them up in rainbow order a bit easier 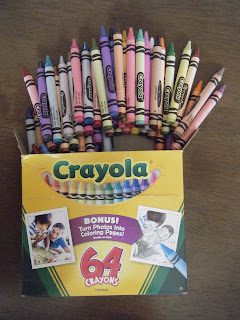 Next, arrange them in a rough rainbow scheme ( a little randomness makes the art look much better, don't stress about putting every crayon in order) 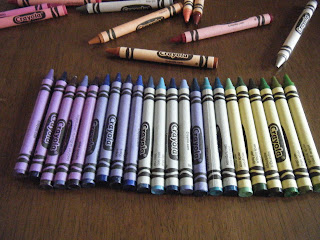 I then peeled each crayon. I helped a lot to first score the crayons with the knife, and then peel the wrappers off. 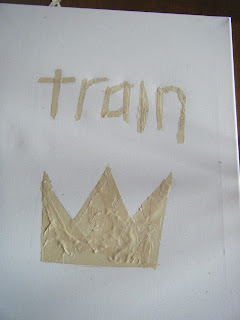 I then sketched out the design i wanted for the stencil and taped over it ( I got my inspiration from the band's album covers). 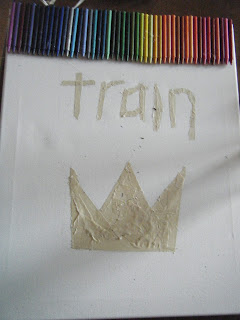 I then glued the naked crayons to the top of the canvas and set up a work station outside with an extension cord for my hair dryer and got to work melting (my brother helped me a lot with this step), which was obviously the most fun part of making this! 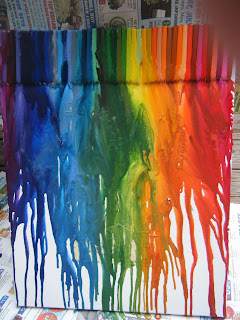 After it was melted to my satisfaction (enough that the tape is mostly covered), I let it cool, and then peeled the tape off. The masking tape I used came off pretty easily, but I had to be careful because chunks of the wax kept trying to fall off!

It only took me an hour to make this, and I brought it to the concert with hopes of a signature. Sadly, that didn't work out. However, the concert was lots of fun, and I got some nice complements on my art! : )

If you need more inspiration, here are some links to some other pieces:
Some cool umbrella-and-rain art
An interesting cross hatch pattern

P.S. Let me know if you try something like this!
Posted by Why be ordinary? at 9:42 PM No comments: